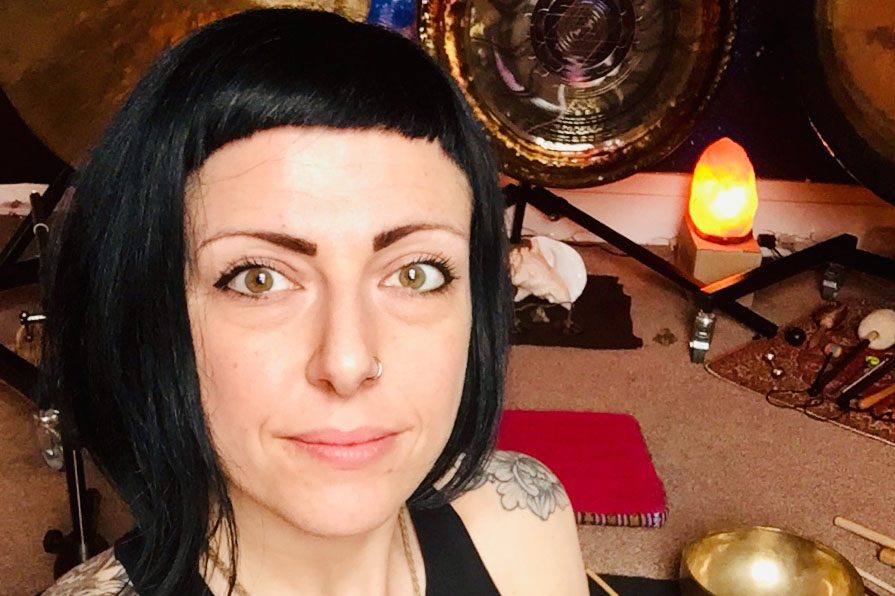 Through yoga Martina discovered the healing modality of sound and began training with the highly
respected Don Conreaux (known as Baba Don). Master Don was one of the five original Kundalini
Yoga Teachers designated by Yogi Bhajan in 1969. She then travelled to Poland and attended a 9-day
intensive Gong and Sound therapy training at The Tone of Life. These 9 days confirmed her deep
love for sound healing and they showed her clearly the path she wanted to take in life, and thus she
enrolled in a Gong Training Practitioner course in London with Sheila Whittaker in the end of 2016.
She feels so blessed to have found another modality that truly resonates with her and has been
studying Sound Therapy with the British Academy of Sound Therapy (BAST) in UK since April 2018
and got fully qualified as Sound therapist practitioner in April 2020.
She had been a resident sound facilitator at the Somerset House from October 2018 to January
2020, played at the Royal Albert Hall on the occasion of UnDisturbed festival in April 2019 and
played the Gongs at Glastonbury Festival for Humblewell healing area in June last year (2019).

She has always strongly believed in the power of sound and movement as healing tools to restore
balance, harmony and wellbeing in the whole body, through the principle that everything in life is in
a state of vibration.
Reason that brought her to deepen her knowledge on yoga, sound and wellbeing.
.
In 2018 she founded “Yogic Sound”, which combines yoga (mainly Hatha/ Yin/Restorative) with the
transformative power of the Gongs and Himalayan bowls, with the intention of bringing the body
back to its natural state of balance and harmony.